With Halloween just around the corner, Michael and Kurtis pull out a classic Italian comic about a paranormal investigator, Dylan Dog! They read the first two stories in the translated series by Dark Horse Comics. Take a listen to find out if they liked it!

If you have a suggestion on what Kurtis and Michael should read next, you can send an email to thepullboxpodcast@gmail.com. 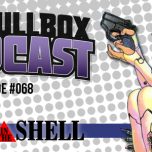 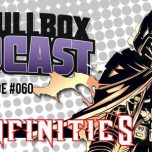 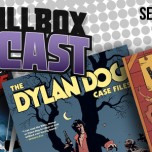