We’re back with another round of graphic novels to discuss for The Pullbox Podcast! You can choose to read any or all of these books to be a part of this podcast. Just head to your local library, book store, comic shop, Comixology, or find a friend with a copy that you can borrow, and start reading! Once you’ve finished reading, send us an email with your thoughts! Did you like the book? Why? What are your thoughts on the writing? The art? The characters? The premise? We’ll read one or two emails for each book on the Podcast; one of those emails could be yours! We will always lean toward the more thought-provoking emails that will allow us to carry on the conversation. The episode will be released on September 1.

By Matt Fraction and Chip Zdarsky.

Suzie’s just a regular gal with an irregular gift: when she has sex, she stops time. One day she meets Jon and it turns out he has the same ability. And sooner or later they get around to using their gifts to do what we’d ALL do: rob a couple banks. A bawdy and brazen sex comedy for comics begins here, by Matt Fraction (Satellite Sam, Hawkeye) and Chip Zdarsky (Prison Funnies, Monster Cops). 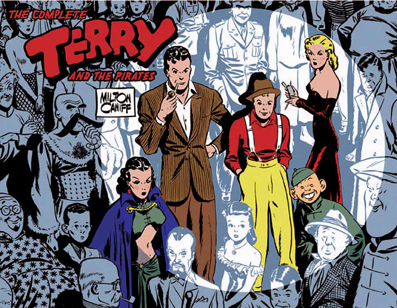 This extraordinary graphic narrative introduces Terry Lee, Pat Ryan, their sidekick Connie, and an array of unforgettable brigands such as Captains Judas and Blaze, and the two toughest women to ever sail on the China Seas: the alluring Burma and the inimitable Dragon Lady. More than two years of strips, with the Sundays in gloriously-restored color.

Cap is awakened in the dead of the night by agents of S.H.I.E.L.D., who need the kind of help only he can provide. But the corpse he finds on the Heli-carrier brings him face-to-face with an unthinkable return, and opens doors to terror and manipulation he never dreamed possible! 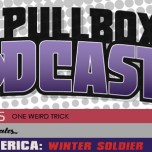