May Pulls! Plenty of Mouth-Watering Comics This Month!

We’re back with another round of graphic novels to discuss for The Pullbox Podcast! You can choose to read any or all of these books to be a part of this podcast. Just head to your local library, book store, comic shop, Comixology, or find a friend with a copy that you can borrow, and start reading! Once you’ve finished reading, send us an email with your thoughts! Did you like the book? Why? What are your thoughts on the writing? The art? The characters? The premise? We’ll read one or two emails for each book on the Podcast; one of those emails could be yours! We will always lean toward the more thought-provoking emails that will allow us to carry on the conversation. The episode will be released on June 1.

By Todd DeZago and Mike Wieringo.

Journey with young Jarek and tiger-warrior Koj as they team up with a pirate princess called Serra to confront the terrible Malsur who is set on devouring the denizens of this magical patchwork world! Tellos is an all-ages rollercoaster of action and adventure, mystery and magic, and good versus evil! The perfect format for the perfect bedtime story for children of all Ages!

Sherwood and Orson should never have gone into that cave. That day, a door was opened from our world into a dark and profane realm…and earth’s destiny was changed forever. In this demented future, whatever life remains on earth is oppressed by the evil shadowsmen. Only a gang of ruthless and powerful children called the Wrenchies can hope to stand against them. When Hollis, a lonely boy from our world, is magically given access to the future world of the Wrenchies, he finally finds a place he belongs. But it is not an easy world to live in, and Hollis’s quest is bigger than he ever dreamed of.

Reader Pull: SUPERMAN: FOR ALL SEASONS

By Jeph Loeb and Tim Sale.

In this coming-of-age tale witness the experiences and adventures that transform a simple country boy into the world’s greatest hero. Told through the course of four seasons in the Man of Steel’s adolescent life, it illustrates that it is the person, not the powers, that makes Superman a hero. 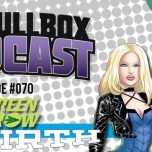 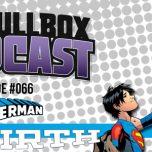 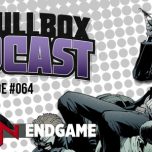 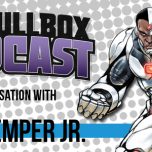