In this special Interview Episode, Kurtis talks to Sean Karemaker about his new graphic novel, The Ghosts We Know. Topics range from creating comic art for gallery exhibits to Will Eisner’s borderless panel techniques to birds that fall out of the sky with no heads. 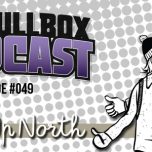