Henchgirl creator Kristen Gudsnuk returns to talk to Kurtis and Michael about another favourite – Akira Toriyama’s Dragon Ball! Is Dragon Ball better than Dragon Ball Z? You’ll have to listen to hear what they think! Have you got opinions? We want to hear them! Email thepullboxpodcast@gmail.com. 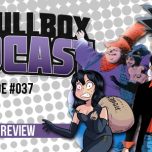 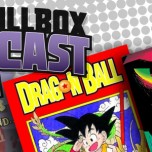