Here is what we are reading this month! You can choose to read any or all of these books to be a part of this podcast. Just head to your local library, book store, comic shop, Comixology, or find a friend with a copy that you can borrow, and start reading! Once you’ve finished reading, send us an email with your thoughts! Did you like the book? Why? What are your thoughts on the writing? The art? The characters? The premise? We’ll read one or two emails for each book on the Podcast; one of those emails could be yours! We will always lean toward the more thought-provoking emails that will allow us to carry on the conversation. These episodes will be released on April 1st, 10th and 20th. 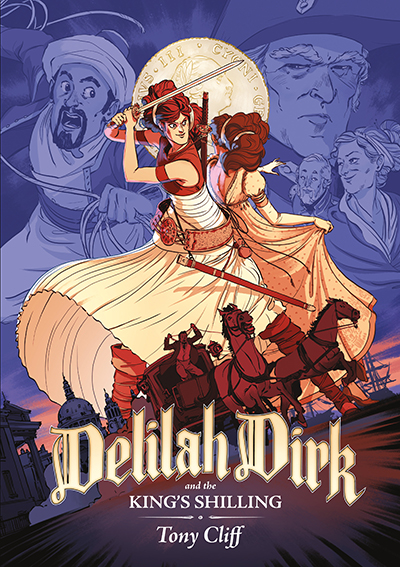 Globetrotting troublemaker Delilah Dirk and her loyal friend Selim are just minding their own business, peacefully raiding castles and and traipsing across enemy lines, when they attract the unwanted attention of the English Army. Before they know it, Delilah and Selim have gotten themselves accused of espionage against the British crown!

Delilah will do whatever it takes to clear her good name, be it sneaking, skirmishing, or even sword fighting… But can she bring herself to wear a pretty dress and have a nice cup of tea with her mother? Delilah Dirk may be defeated at last. By tulle. 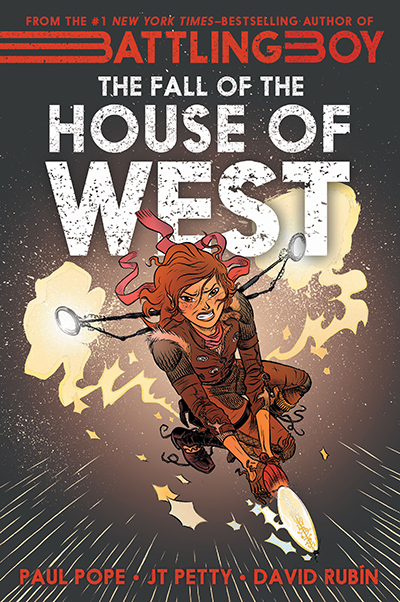 Kurtis’ Pull: THE FALL OF THE HOUSE OF WEST

Aurora West is on the verge of solving the mystery of her mother’s death, but it’s hard keeping her efforts a secret from her grieving father, the legendary monster-hunter Haggard West. Between her school work and her hours training and hunting with her dad, Aurora is hard-pressed to find time to be a secret sleuth. But she’s nothing if not persistent.

What Aurora doesn’t realize is that she’s about to blow open a secret that may very well destroy what’s left of her family…and, indeed, all of Arcopolis. 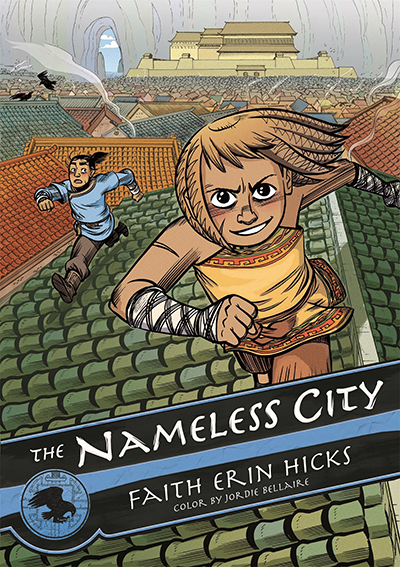 Every nation that invades the City gives it a new name. But before long, new invaders arrive and the City changes hands once again. The natives don’t let themselves get caught up in the unending wars. To them, their home is the Nameless City, and those who try to name it are forever outsiders.

Kaidu is one such outsider. He’s a Dao born and bred–a member of the latest occupying nation. Rat is a native of the Nameless City. At first, she hates Kai for everything he stands for, but his love of his new home may be the one thing that can bring these two unlikely friends together. Let’s hope so, because the fate of the Nameless City rests in their hands. 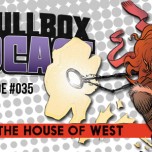