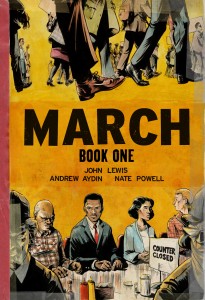 Congressman John Lewis is an American icon who, probably because I’m Canadian, I’ve never heard of before. He was instrumental in leading the Student Nonviolent Coordinating Committee that staged nonviolent sit ins at restaurants and other places that refused service to coloured people in the ’60s when segregation and racism were an unfortunately common part of life.

He is also the only living member of the “Big Six”, a group of leaders who organized the March on Washington at which MLKJ delivered his famous “I Have a Dream” speech, which makes this autobiography especially important as there won’t likely be many first hand accounts like this ten years from now.

As you can guess, March, Book One is about John Lewis and his part in the March on Washington in 1963. Lewis was heavily involved in writing this book, recalling memories from this childhood and the early days of the movement as a college student. The whole story is told as a series of flashbacks as Senator Lewis, on the day of Obama’s inauguration, talks to a mother and her two sons about the history that lead to the possibly of a black president.

With an emotionally charged book that switches between talking heads and crowd scenes, it is important to have an artist who has such a wide range of skill. Nate Powell fills the bill perfectly. His characters and expressions are full of life, and his crowd scenes are easy to read. He takes Lewis’ memoirs and arranges them in a way will stick in our memories for years to come. March will undoubtedly have a permanent spot in school libraries. Powell has been awarded for his work in the past and this book will keep that tradition alive.

This is only the first of three books in this series and it will be great to learn about this important part of American history once parts two and three are published. 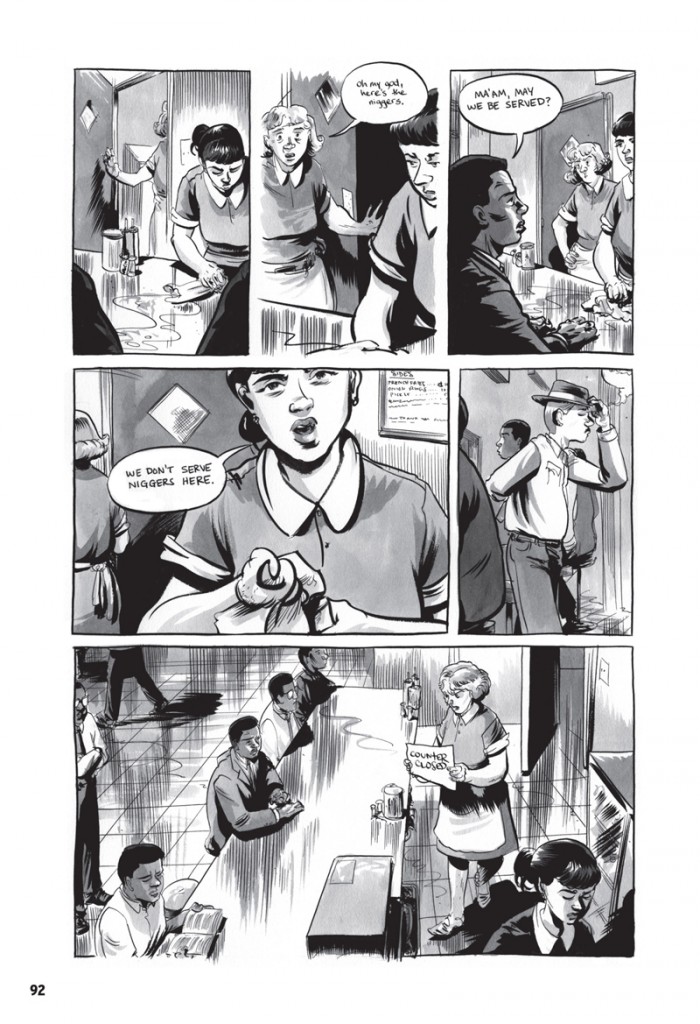