Michael is taking over this month’s reading list! We’ll be talking about Star Wars all month in anticipation of Episode VII: The Force Awakens!

Here is what we are reading this month! You can choose to read any or all of these books to be a part of this podcast. Just head to your local library, book store, comic shop, Comixology, or find a friend with a copy that you can borrow, and start reading! Once you’ve finished reading, send us an email with your thoughts! Did you like the book? Why? What are your thoughts on the writing? The art? The characters? The premise? We’ll read one or two emails for each book on the Podcast; one of those emails could be yours! We will always lean toward the more thought-provoking emails that will allow us to carry on the conversation. These episodes will be released on December 1st, 10th and 20th. 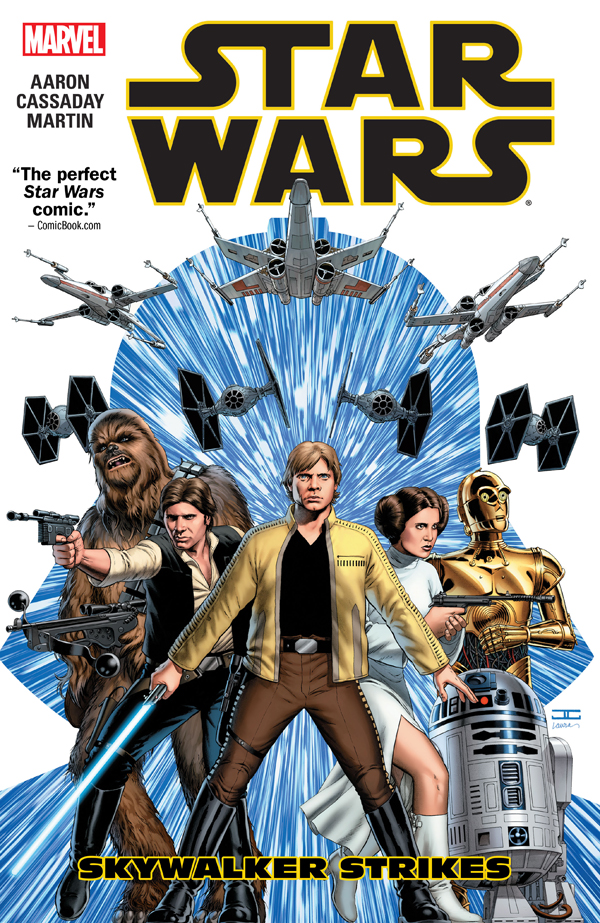 By Jason Aaron and John Cassaday.

Available in paperback (ISBN: 978-0785192138) from Marvel Comics. Also available on Comixology and Amazon Kindle, and as single issues Star Wars #1-6.

The greatest space adventure of all returns to Marvel! Luke Skywalker and the ragtag rebel band opposing the Galactic Empire are fresh off their biggest victory yet – the destruction of the massive Death Star. But the Empire’s not toppled yet! Join Luke, Princess Leia, Han Solo, Chewbacca, C-3PO, R2-D2 and the rest of the Rebel Alliance as they fi ght for freedom against the evil of Darth Vader and his master, the Emperor! But when a Rebel assault goes very wrong, Han and Leia will have to think fast to make their escape…while Luke fi nds himself faceto-face with Darth Vader! In the explosive aftermath, a humbled Luke returns to Tatooine to learn more about his mentor Obi-Wan Kenobi. Meanwhile, Leia and Han undertake a vital – and dangerous -secret mission…but can they succeed without Luke? 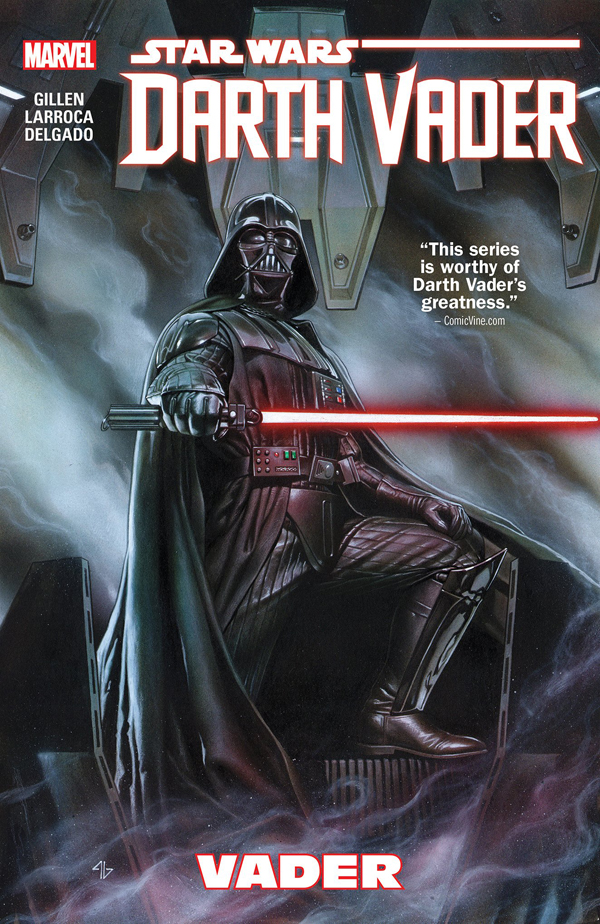 By Kieron Gillen and Salvador Larocca.

The original Dark Lord of the Sith stars in his first ongoing series! Ever since Darth Vader’s first on-screen appearance, he has become one of pop culture’s most popular villains. Now, follow Vader straight from the ending of A NEW HOPE into his own solo adventures – showing the Empire’s war with the Rebel Alliance from the other side! But when a Dark Lord needs help, who can he turn to? As Vader pursues a very personal vengeance against the Rebels and investigates the Emperor’s secret machinations, he clashes with weapons scavenger Aphra and deadly Battle Droids, and returns to Geonosis to build an army. But some very powerful people don’t want him to learn the truths he seeks! Guest-starring Jabba the Hutt, Boba Fett and more! 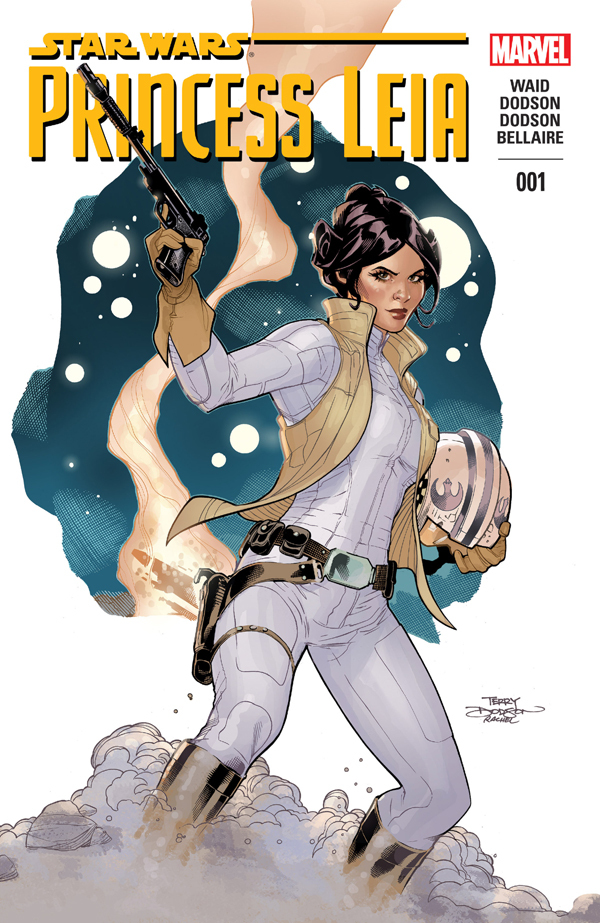 By Mark Waid and Terry Dodson.

When Princess Leia Organa was captured by the Empire, she never betrayed her convictions – even after the complete destruction of her home world, Alderaan. When her rescue came, Leia grabbed a blaster and joined the fight, escaping back to the Rebel Alliance and helping strike the biggest blow against the Empire – the destruction of the Death Star! But in the aftermath of that victory, the question remains…what is a princess without a world? As Leia comes to grips with her loss, a new mission leads her to the underground world of Sullust. The Empire is rounding up fugitive Alderaanians, and that doesn’t sit well with their Princess! But what can one woman do against the Galactic Empire? They’re about to find out! Join the galaxy’s toughest Princess on a quest to save her people and rebuild her life! 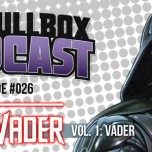